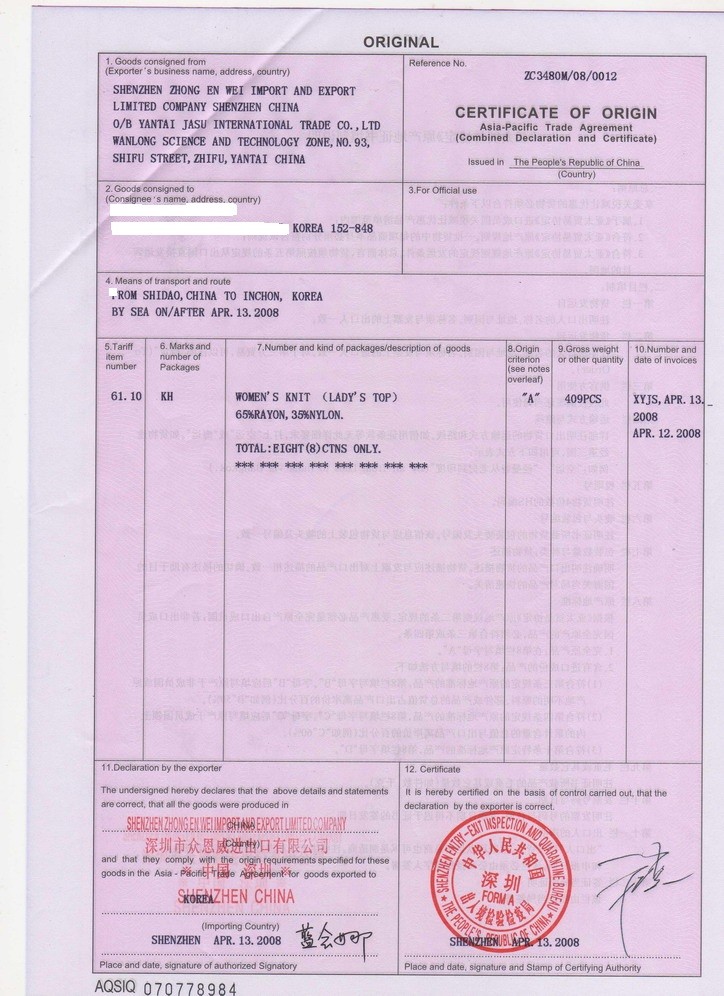 CO certificate is only a certificate that shows in which country or area the goods are made, in most cases, it does not affect the custom tax when you import from China, but things may be different if your country has special agreements with China. So, CO certificate is only required by customers who can’t get GSP Certificate of Origin from China due to their countries or areas, but it can be used in all the countries and areas in the world. What customers care most is GSP Certificate of Origin, so we will make more explanations on it.

There are also some special certificates of origin in international trading, they are formed by some international organization or countries due to adjustments of special industries or products, such as grape wine, tobacco, cheese products etc. China government issues this kings of certificates according to the agreement with relative countries or areas. 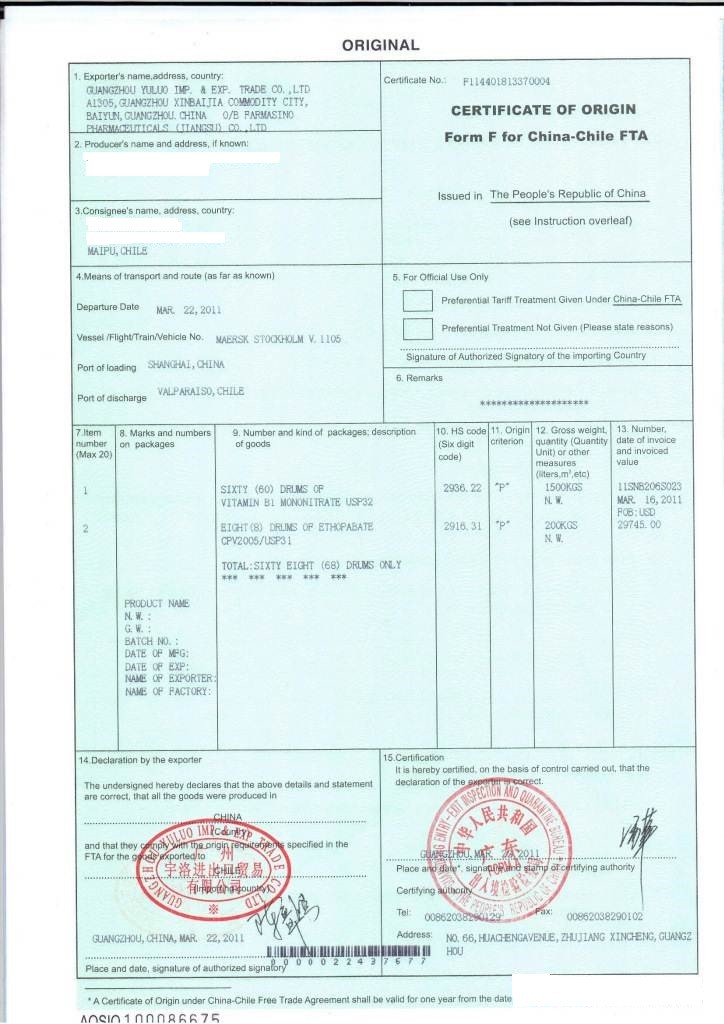